Home / Yahoo / Is Yahoo email the best email ever?

Is Yahoo email the best email ever?

But deep in my heart I knew that it would never emerge as the winner. From the very start it was Gmail and Gmail all the way – it’s now the mid of July 2009 and Google’s email service has gathered twice the number of votes more than Yahoo and Hotmail. But the question that comes to my mind is: “Do such polls really give a correct picture?“

The hard fact is that they don’t!
All polls, as learned statisticians will tell you, are flawed. In this case, the problem is apparent as the voting system just proves that Gmail users have a higher propensity of casting a positive vote for their email service. It is also probable that this web site attracts more of Gmail users who will definitely skew the numbers.

The positive outcome of running this poll was some of the feedback comments I received. Yes, I know language cannot be quantified as numbers and there were far lesser comments for Yahoo Mail as opposed to Gmail but they were much more descriptive and compelling. In fact, some of these offered sincere and honest advice asking people to try out the Yahoo email service before casting their vote.

Here are some of the comments I received which show a love for the Yahoo email service. To deduce that Yahoo email is the best from such statements is obviously not correct but it does give the service a few gold stars; the edits are mine.

“I always used Gmail, but once my friend left his Yahoo! Mail window open on my computer… I find it much better than Gmail. It is unbelievable. Every Gmail user (as I too was) thinks it is better; but that is not true.”
A Gmail user

“Just try The all new Yahoo Mail and feel the difference. Google, the biggest search engine cannot even make a good GUI for its email services. Yahoo is far better in terms of the ease of use as well as speed… Just because of the goodwill of Google people use Gmail.”
The Game

“I find Yahoo mail service the best. No doubt Goole has other features but it lacks the basic stuff. It has labels but no concept of folders which is very much required. If a mail is forwarded, then the replies get appended to the original. The option has to be given to the user whether one wants it or not.”
Padma

“I believe that Gmail is a 10/10 email service. I have tried it. But personally, I think Yahoo! is better. It is very welcoming, and fun. I saw my Technical Education teacher checking his Yahoo!, and I found it very interesting. I had a Gmail back then, but when I saw my teacher, I decided to give Yahoo! a try. All in all, Yahoo!”
Jax Cage

Probably the most used email service is Yahoo! Mail – but is it the best?

Yahoo email is probably the most popular email service ever as per my analysis of Gmail usage statistics – however, opinions will vary. What I really appreciate about Yahoo is that even though they have lost a fair share of the search engine market to Google, they quickly identified their thrust areas and tremendously improved their email service. The two big things that Yahoo worked on were a new drag-n-drop interface and unlimited storage space on all free email accounts.

Even though the poll on my web site presents a different picture, I turned to Google Trends to shine a little light and help me arrive at the conclusion that Yahoo email is the best – personal bias? Definitely!

As mentioned in another article, when I checked out the trends for problems relating to the email services, I found that searches for Hotmail and Gmail troubles have been kind of equal. Yahoo! Mail, on the other hand seems to give the least problem to its users. Lesser the problems, the better the email service, right? After creating a storm with the Gmail 1GB launch, it was only natural to deduce that Google’s free email service would become a prominent player in the this segment but Yahoo stuck to their guns and kept innovating – they launched a new interface and came out with unlimited storage space for all email accounts. I’ve known many people who’ve ditched Gmail or Hotmail and have come back to Yahoo.

Yes, free Yahoo accounts lack POP support which is now available on Hotmail too. But with the launch of the Yahoo free email program – Zimbra desktop – you can download Yahoo email to your computer without upgrading to the Plus service. I believe it was not the unlimited space but rather the great new interface with drag-n-drop features make Yahoo email service the best email service in the world. 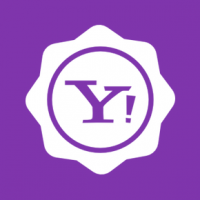 Create Yahoo ID for free – How to 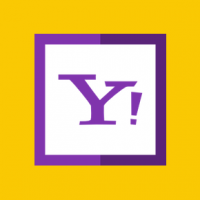 How do I get a second Yahoo email address? 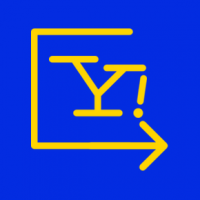 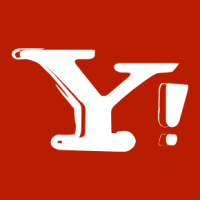 Yahoo! mail versions – how do I switch and change?

BMW was the first automobile manufacturer to provide controls for iPods either on the steering wheel or the main unit of their cars. [more...]