Home / Graphics / What is a watermark?

What is a watermark?

A digital watermark is generally a small image or text that is placed on a larger image to specify and/or protect ownership. Though, skilled image manipulators can remove a watermark from an image, it still serves as the best way to prevent people from copying and using your photos and pictures without first asking for permission.

Logos or copyright phrases serve as nice watermarks. You can either put these at one corner of the image or spread them around. Please note that the picture will be changed once the watermark has been added. Also, though large watermarks are more difficult to remove, they ruin the image.

The same goes for smaller watermarks that have been scattered around the picture. Sometimes, a watermark can also include straight lines stretching from one corner to another. The purpose of using these lines is to make it difficult to people to get rid of the watermark.

It is common practice to put a semi-opaque watermark to minimize spoiling the image. This is typically achieved by placing the watermark in a layer above the image and changing its opacity. Please read the article on transparent watermarks for step by step instructions with screenshots.

Though simple copyrights phrases such as © BUSINESS / WEB SITE NAME or logos are commonly employed as watermarks, there is nothing stopping you from using anything you want. Remember that large watermarks will “spoil the bigger picture” and smaller ones can be removed easily – you just have to understand this trade-off and weigh the options. Keep the transparent watermark idea always in mind. The examples below show you some of the different types of watermarks one can make. Simple watermark on an image – the web site name. This can quickly be removed by cropping out the rest of the image. Yes, the image size will change (decrease in height) but the unscrupulous can still use the picture. Watermark consisting of lines that have been made semi transparent. This is definitely more difficult to get rid of because the watermark is spread out on a large area over the image.

Semi -transparent logo watermark on the image placed at one corner. Though the watermark is large it can still be removed by either cropping or with the use of the clone tool. A really complex watermark with transparent lines and name of the web site/business – however, it does ruin the image, right? Only the very accomplished graphic editors would be able to get rid of this watermark… if at all.

The following articles may also interest you: 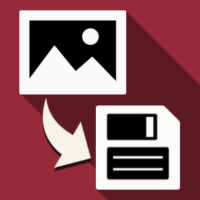 How do I copy and save web page background image? 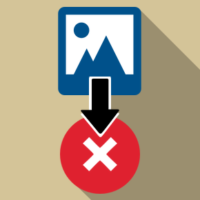 How do I prevent visitors from downloading and copying photos from web site or blog?