Home / Other / Laptop touchpad not working – fix it in a jiffy!

Laptop touchpad not working – fix it in a jiffy!

I spent this holiday season with my uncle. He belongs to the special group of people who, though, are very intelligent, just don’t like to use computers. I was able to change his attitude a little a few months back on an earlier visit when I introduced him to the “power-of-the-internet”.

The amount of information available on the web impressed him a lot. but he was sceptical of it too (like all wise people should be). I had also bought him a nice silver colored Lenovo laptop during that visit and made him walk the web-tightrope, as he likes to call it. This is the story of that laptop and it’s touch pad!

On this trip, after the pleasantries, we started talking about the web and his computer and he exclaimed – “the damn thing just doesn’t work without a mouse“.

“Why? What’s wrong? And why do you use a mouse? The laptop has a touchpad”, I said.

To cut the story short, my uncle complained the touchpad was completely unresponsive and had stopped working. He was now using the mouse that came free with the laptop. Though I was happy to know that his computer skills had improved (he had managed to attach the mouse and get it to work – remember he simply didn’t know how to use a computer a few months back), I was feeling bad that the new laptop had a broken touchpad.

Why don’t you take it to the repair center tomorrow?”, he suggested. The repair center would have cost me half a day – I was on holiday – so I thought I would take a look at this myself.

It took me only a minute to diagnose what was wrong – why the touchpad on his laptop was not working.

Most laptops (if not all) come with a function key. You’ll find one near the bottom left. The function key is labelled “Fn” and usually stands out from the rest – either the “Fn” is in a different color or the key as a whole. The function key works in conjunction with other keys on the keyboard especially the ones in the top row marked “F1” to “F12”. The combination of function key with these keys lets you perform various tasks quickly such as shutting the screen, putting the computer in sleep mode, switching the wireless connection on and off etc. Keeping the function key pressed and hitting one of the keys (“F1” to “F12”), activates a task. Thus, on my uncle’s Lenovo laptop (and I’ve noticed this on HP and Toshiba systems too), you can activate and deactivate the touchpad by using the function key with the “F8” key.

Not all laptops have the same function key as the trackpad on/off toggle switch. However, this information may change depending on the model etc.

The Fn+F8 combination is a toggle switch to activate and deactivate the touchpad.

The F9 key works on Toshiba laptops. (Merci Beaucoup, Larry)
If that doesn’t help, try with the Fn+F10 combination.
And on Toshiba Satellites, it’s F5 (Thanks Rue)!

ASUS: It’s Fn+F3 on older laptops (Gracie, Sonia) and Fn+F9 on newer ones. Using the Fn+F7 combination is the toggle for switching off the monitor (Thanks, Soya).

On Dell Latitudes, its the Function + F7 key that switches off the trackpad.

The key combination on Gateway is Fn+F6.

The HP Mini uses a combination of Ctrl+F6 to switch the touchpad on/off. (Thanks Reidar)

Sony VAIO: On the newer models of the VAIO Fn + F1 acts as the toggle switch (check image below). I didn’t have this feature on my earlier Sony laptop. So if the touchpad on your laptop is not working and is unresponsive, it’s not broken, you or someone else has accidentally deactivated it with the function key.

Toshiba Satellite laptops and the cat

And lastly, here are a couple of true stories sent in by visitors.

“The touchpad on my Toshiba Satellite laptop was not working ever since the cat walked over the keyboard. I thought it might have done irreparable damage with its claws. This page saved me a couple of hundred bucks at least! The laptop touchpad is working now and it was the F9 key on the Toshiba. I am very grateful you posted this. THANK YOU! THANK YOU! THANK YOU!”
Gloria King

“Thank you so much … we have a brand new laptop and it must have gotten turned off when being carried around or maybe because the cat slept over it. I looked all over the net and every tech forum kept saying ‘Oh your mother board might be going”, “Oops time for a new touch pad”… Uggg. It’s spankin’ new Toshiba Satellite laptop. Once again, thank you. You saved me from pulling out what’s left of my hair!”
Amy 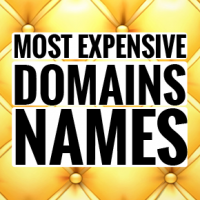 iPhone 3G sold out online before it came to the stores. People around the world, especially Apple fans, went into a frenzy. [more...]