Update December 2008: Chrome is now in the Google Pack The Chrome web browser has now been included in the Google Pack software collection – in fact its the first software in the list. I suppose this was done on the 11th of this month when Chrome came out of the beta version but I checked it on the 20th. The rest of the article might not hold water any more.

Though surprising, it’s quite apparent from the download list – the shiny new Chrome is not a part of the Google Pack software. With regards to browsing, the software collection has Firefox with Google Toolbar, the Google Toolbar for Internet Explorer and the Google Desktop but the company’s own web browser is missing.

What is Google Pack?

Google Pack (still in Beta – at the time of writing – October 28th, 2008) is a bundle of useful programs and utilities that are promoted and “endorsed” by Google. For details, please refer free Google software and Google pack for free download. The pack was also featured in the Adsense program that earned publishers a bit of revenue when visitors clicked on the referral link and installed software applications from the bundle.

A lot was said and written about this collection of software, which is nothing new because anything Google does is splashed all over the web on hundreds of web sites and blogs. Anyway, though it’s been almost two months since the launch of Google’s free web browser Chrome, the company still hasn’t included it in the Google Pack. Has this been an oversight or is there something more to it – a marketing strategy that has been kept under wraps (like most other things on Google)?

You can get the Google Pack software collection from the download web site – http://pack.google.com/intl/en/pack_installer.html

The Firefox browser was actively promoted by Google via the Pack as well as a standalone Adsense referral product which paid a dollar to publishers for each download by a visitor. I suppose the main reason behind this strong support for Firefox web browser was to snatch some market share from the leader – Microsoft’s Internet Explorer.

And this endorsement and promotion from Google helped the open source browser gain tremendous popularity. Not only did web developers welcomed Firefox with open arms, a lot of the less tech savvy crowd also embraced it readily. The Adsense referral banners screamed Firefox was way better than Internet Explorer when it came to online security and privacy… and who doesn’t like that?

Though Firefox has been gaining ground steadily, it is still the number two; which is a commendable job for any browser especially after the massacre of Netscape Navigator at the hands of Internet Explorer. The percentage of web surfers using the Firefox browsers varies. Statistics from online data collection companies don’t give a clear picture. It depends on region and demographic profile of the users.

Comparable software in the Google Pack

Two Similar products in the Google software pack are the Google Talk and Skype, both of which are online communication tools. Though Skype allows you to make calls directly to a phone (Google Talk doesn’t have this functionality), using these programs you can “talk” to your friends and family as long as the two of you are connected over the internet.

If Google does include the free web browser Chrome in the collection, it would definitely be competing against Firefox. There would not be substantial differences in the way a web browser works so the overlap in this case would be much more than that of Google Talk and Skype.

Update: The usage statistics of Google Chrome in the first two months show that the browser has indeed eaten into the market share of Firefox (for Windows). However, in the same breath, it is too early to say anything since it’s only been a couple of months since the release of Chrome.

To install Google Chrome browser, you need to download the installer file and run it. It’s a fairly simple process but for those who need help, please refer the instructions on how to download Google Chrome.

Chrome’s interface is clean and devoid of any distracting icons… no logo, no status bar. It doesn’t get simpler than this. I found Google Chrome lighting fast – it opens quickly and displays web pages faster than Internet Explorer or Firefox. The browser also has some great built-in features for web developers. For example, select an element on a web page and then check the source. Chrome smartly highlights the code of that element when displaying the page source. It also offers a lot of other information on the web page esp. about styling. 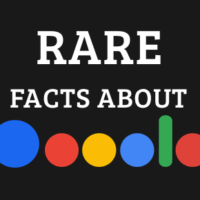 Want a whole lot of traffic on your website? Wish that your domain name is similar to one of a popular website. That's what happened to utube.com (Universal Tube & Rollform Equipment) who filed in a lawsuit against YouTube in November 2006. [more...]