Continuing our previous article on Web banner design tips, below are the remaining 6 tips for creating effective web banners.

Web Banner Tip #8 – To animated or not to animated?

Animated banners generate almost 30% higher click-thru rates than static banners. The main drawback is that animation results in larger file sizes. However, optimizing an animated GIF banner by decreasing both the number of colors used and vertical color change, one can bring the file size below the required value.

An important point regarding animated GIF banners is the use of photo-realistic images. GIF images can contain only 256 colors and the image compression algorithm (LZW: Lempel-Zev-Welch) works best when the image has large areas of single color. Since photos are complex images, the LZW compression algorithm is not able to do full justice, resulting in large file sizes. Hence, it is advisable to either avoid the use of photos in animated GIFs or keep the animation to a minimum if photos are employed.

Using Flash, we can embed photos as JPGs, which is the correct format to use for photographs and other complex images. Furthermore, we can correctly control the compression levels of JPG. With Flash, the text or even the photo can be animated.

Take a look at the Flash banner I created for a client – Click here. This banner contains 4 photos that have been animated and a large image of the American flag used as the background – a total of 5 photo-realistic images. The physical dimensions of this banner are also quite large, 160×600 pixels, but the file size is 18kb!

Flash has thrown open a complete new area in web banner ad design. Flash animations are smoother than animated GIFs and the file sizes are a lot smaller. Flash banners can also be made interactive, involving the visitor directly. Banners developed in Flash generate higher click-thru rates than animated GIFs.

Does this mean that the days of animated GIFs are over? The answer is Yes and No! Displaying Flash banners requires a plugin on the viewers’ system. Not all surfers would have this plugin (though the percentage of such users is decreasing by the day). Whenever you submit a Flash banner for a banner ad campaign, you are asked for the animated GIF version as well. Animated GIFs are still standing tall!

Web surfers understand blue underlined text as links. If you know that the banner would be displayed on a web page with white background, you should created a banner with blue underlined text, preferably not anti-aliased, written in common fonts such as Times, New Roman, Verdana or Arial. The banner thus “merges” into the web page looks like a part of the content. Though this might be considered tricking the surfer, it would be forgiven if you deliver what you have promised in the banner. Click here for two examples.

Web Banner Tip #11 – Is this tricking the surfer?

Take a look at this banner – Click here. The banner has HTML form elements such as radio buttons, drop down menu and the submit button. However, all the elements are in the form of images and do not work. You might feel this is tricking the viewers – they click on the banner thinking the HTML form fields work.

However, in my opinion, HTML form fields are a good way to inform the viewers what they would expect when they click on the banner! Remember, only those viewers who are interested in the services/products offered would click on a banner and thus, this is a nice way to tell them what they would see on the web site. However, it is important that the click-thru page contents complement the banner information.

Unless you have done thorough research on your audience preferences and behavior patterns, its highly unlikely that a single banner would be sufficient for your ad campaign. I believe that you should start with 6-10 banners. You should keep rotating the banners and as the ad campaign progresses and you’ll come to know which banners are generating higher click-thru rates. It is imperative that you track the success of each banner in terms of CPMs, CTRs and CPCs.

Lastly, make sure that your banners are professional looking. The images are clear and not blurred or pixelated and that the line art is sharp. Also make sure that your banners are displayed at the same width and height values as their actual size. For example, if your 468×60 banner is displayed at larger or smaller dimensions (even if the width:height ratio is kept the same), it leads to pixelation. 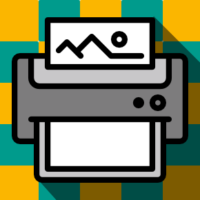 How do I make photographs smaller for email?

How do I make watermark?

The World Wide Web Hall of Fame has only 6 inductees: Tim Berners-Lee: Inventor of the World Wide Web. Marc Andreessen: Co-creator of Mosaic, the browser that popularised the web. Eric Bina: Co-creator of Mosaic browser and founder of Netscape. Kevin Hughes: A pioneer of the WWW in the US. Rob Hartill: Known for his contributions to the Apache web server and the Internet Movie Database (IMDb). Lou Montulli: Co-creator of Lynx text web browser who innovated several browser technologies like cookies, HTTP proxying etc. [more...]