It’s been a few months since I bought a brand new (and very expensive) Macbook Pro. I had always been a Windows user so getting my hands set on the new machine seemed daunting. Probably, that’s the reason I approached the new laptop with some trepidation. My fingers would fly on the old Windows laptop and here I was struggling with keyboard shortcuts on the new Mac.

However, as my elder son exclaimed in frustration, “Dad, you’ve got to take the plunge! I know you’re used to the old computer and you got all your things set up very well there, but you can do the same on the Mac… in fact, you can do things faster on the Mac.”

My lads had been able to make the shift from Windows to Mac in a couple of days. And in a week’s time they were editing videos and putting them online!

I quickly realised that the only thing which was making me hesitant was my own mindset. So one fine morning I opened the Macbook and stuck to it till night. I did this for a few days and now I’m as fluent on the Mac as I was on the Windows computer.

The first things I got a grip on were the keyboard shortcuts. Here are some that I found useful. – hope you find them too!
By the way, as soon as I mastered these keyboard shortcuts, which took a day or two because the Command key position on the Mac is different to that of the Control key on Windows, my productivity soared and I started to love working on the Mac.

Standard keyboard shortcuts on the Mac

Shortcuts I found particularly useful on the Mac

The Mac Command key works quite like the Windows Control key. Pity their positions on the keyboard are off, else I would have go used to my Mac much sooner. Anyway, here are a few tips I found useful. 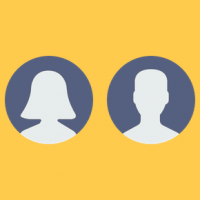