iPhone, iPod, iPad or BlackBerry – what do people prefer for web browsing?

In the article on mobile web usage, I had mentioned that the iPhone is better than the BlackBerry when it comes to browsing the web. Though I supported this with numbers, over the months I received a lot of flax, especially from BlackBerry users, for the supposed offhand statement (?). And now when Google Analytics has started to properly segregate visitors on mobile devices, I present a fresh analysis on the issue.

I’ve owned an iPhone for a long time now. Earlier to this I used a Nokia E61i but was simply not happy – you can read about the problems I had with this gadget in another article. The iPhone opened doors to a completely new web experience… and it was thrilling to say the least. Yes, Safari doesn’t show Flash movies but it also never crashed on me unlike the Nokia web browser.

As evident from the graph below, Apple products are way ahead of the competition. Together they account for a little less than 50% of the share. And wait till Apple brings the price of the iPad down (that was one of the reasons why I didn’t buy the iPad)… it’s going to set the market on fire!

The BlackBerry devices might be good for emailing but the same can also be said for the iPhone. I have 6 email accounts set up on my cellphone and they all work without problem.

Here is how Apple’s three products are faring against each other. I suppose the decline in iPod usage is because people are now opting for the iPad. Thus, lesser iPods are being sold for the purpose of web browsing because customers now have a better (?) alternative in the iPad.

And let us now forget Sony’s portable gaming devices – check out the PSP and Playstation 3 usage stats! How can people browse the web with these devices? It still kind of amazes me! Because though I own both the PSP and PS3 and enjoy playing games, I just can’t get the hang of the keyboard on these machines!

Yes, people still prefer Apple products and the iPhone’s usage is 3 times more than that of the BlackBerry. So if you are contemplating on getting one of these mobile phones, which one should you pick? That’s a wrong question to ask a very satisfied iPhone user, right? 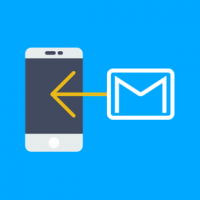 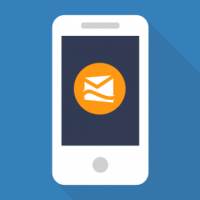 Hotmail on iPhone – set up email on cell phone 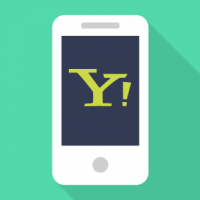 How do I get Yahoo email on iPhone? 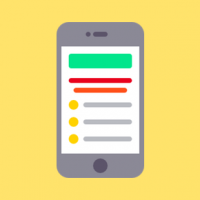 The first animal to be put in orbit was, Laika, a stray dog from the streets of Moscow. [more...]