There seems to be no end of Internet Explorer jokes… they just keep on coming. Here are a few more images making fun of the world’s most hated web browser.

Can other web browsers do this? It’s beyond the capabilities of lowly minions like Chrome, Firefox, Safari and Opera. Ha ha ha! I rule! Yes, there are people still using Internet Explorer 6. Why they do this is beautifully depicted in the following pie chart. Shouldn’t there be a slice for “developers” who spend a lot of time on this browser trying to get their web sites just right’? Not anymore! I.E. 6 is royally ignored. Are you using Internet Explorer? If you don’t know, you probably are! That’s the main demographic of this web browser.

Left with only Internet Explorer on the computer! Now Jim, that was the worst trick ever you’ve played on Dwight. Cajole, bribe, threaten people to use your product or simply give up – just take the damn thing! When is Microsoft going to offer proper help? Please don’t just leave us with no options. We’ve hit upon this one before – The only use of Internet Explorer is in downloading an alternative. Web developers around the world agree that Internet Explorer 7 was a big mistake by Microsoft. It made life hell for them because it didn’t comply to standards (had its own). But let us be magnanimous – let us try to forgive and forget and give Internet Explorer 9 a chance. 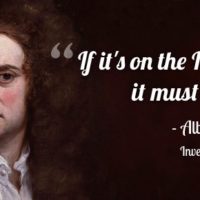 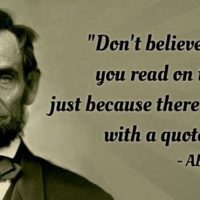 Gmail ran for more than 5 years with the beta tag. It was removed on the 7th of July 2009.Google had launched their free email service on 1st April 2004 with 1 GB storage space. This was 20 times more than what was being offered by the competition at that time. [more...]