Is there a limit on sending emails from Hotmail? If I want to send more than 250-300 emails per day, is it possible? My father’s work requires a lot of emailing.
Aisha

Many subscribers are not aware that there is a limit to the number of emails which can be sent from a Hotmail account. When this is surpassed, a You have sent the maximum number of messages allowed in a 24-hour period. warning message is displayed. This is because Hotmail, like other email services, tries to protect itself fro misuse. Since the accounts are monitored programatically, it is but fair that the service keeps a check of the number of emails sent.

So what is the Hotmail email limit and how can you increase it?

At the time of writing, the Hotmail email limit is 300 messages per day. However, there are a couple of things in the ‘small print’. Firstly, this number is lower for new accounts and, secondly, it all depends on your “reputation”!

Why does Hotmail keep this email limit? To protect itself and subscribers from those out to abuse the system. And also because it’s a free service and there is a cost involved in maintaining the resources including servers and bandwidth.

Hotmail uses a reputation-based system. Since new accounts have yet to build a reputation, the limit is purposely kept low. As you start using the Hotmail account more and more, the limit is gradually increased till it reaches 300. But, and this is very important, if it’s determined that an old user has started to misuse the service by sending out spam, his reputation takes a beating.

How does Hotmail calculate the number of sent emails?

A message sent to a single recipient will be counted as one sent email. But if that message was dispatched to 10 people (through Cc or Bcc), Hotmail will count them as ten sent emails. Does this mean you can send one message to 200-300 people at one go?

Unfortunately, not! Hotmail also limits the number of recipients for each email. A new free Hotmail subscriber can send a message to not more than 10 people. As the reputation builds, one is allowed to forward the same email to a maximum of 100 recipients.

How to increase the Hotmail email limit?

It always helps to dish out some money, right? Hotmail is no exception. The service offers both free and paid email accounts. Upgrading yours to Hotmail Plus is bound to increase the number of email messages you can send in a day. But don’t go by my word. I suggest you first get in touch with the support staff (Hotmail phone) and confirm whether the email sending limit is indeed more than 300 for Plus users because they keep changing the terms of service and features fairly quickly.

Important: Once you’ve upgraded, contact Hotmail support ideally through the Windows Live Solution Center web site and let them know that you now have a paid email account. Looks like the email sending limit is increased manually, sheesh! 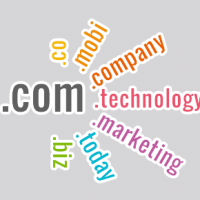 Computer generated bitmap graphics were first produced at Xerox's Palo Alto Research Center. In fact, a number of computer related technologies and inventions have come out from PARC including Ethernet, GUI, and even the personal computer. [more...]