Home / Hosting / Can I host my web site on my home/office computer?

Can I host my web site on my home/office computer?

Let me first give you a quick answer before I bore you with details.
Yes, you CAN host a web site on your home/office computer.

And why do I think it is an interesting question? Because, unfailingly, at least one student from my beginners class throws this at me and so I guess it’s something that everyone wants to know. Also the answer to this question helps us to know, in a little bit more detail, what web servers are and how they work.

Let me rephrase the question – Why can’t our home computers with broadband internet and 24/7 connectivity be used as web Servers and host web sites? Actually, our home computers CAN act like web servers. Here are a few things we need:

Hosting your web site from your home/office computer

Typically, a web server is a powerful machine with a stable and reliable operating system and a 24/7 Internet connection. A web server also needs a static I.P. (Internet protocol) address so that the location of the hosted web site/s does not change. In addition to the web server software (which serves web pages), several other software that help in maintenance, enhancing functionality and securing the machine from attacks from hackers need to be installed on the machine.

The need for a good operating system

Obviously, you need a stable and reliable operating system that can serve web pages quickly and not crash or hang even under heavy traffic. Here are some other hallmarks of a good operating system for a web server:

With the above points in mind, the Linux operating system fits the bill pretty well – So does Windows, actually, but you do need to be a little more experienced in server administration if you want to run a Windows based web server.

Linux is also cheaper than Windows and has tons of free third-party software and applications that can be smoothly integrated in the operating system to increase functionality and security. Linux, which is an Open Source Software (OSS), works well with other OSS such as Apache (the most popular web server software), MySQL (a good stable database application and server), PHP (server-side scripting language) and has several in-built applications such as FTP (File Transfer Protocol), sendmail (SMTP email server) etc.

The need for a static I.P. (Internet Protocol) address

Each computer connected to the Internet needs to have a unique number assigned to it so that it can be identified and there are no conflicts with other computers. This unique number is the Internet Protocol (I.P.) address. The I.P. address is just a series of four numbers each less than 255 and separated by dots (periods). For example, 214.34.7.90 would be a valid I.P. address.

An I.P. address is the address of a computer on the internet – it specifies the location of a server that hosts a web site. It follows that if the I.P. address changes, the web site will not be found if you try to load it on a browser by typing its domain name.

The problem is that ISPs generally do not allow you to host a web site on your computer. And they do this by allocating a new I.P. address each time you connect and also blocking required ports. Having said that, you can get a static I.P. addresses by either upgrading your package (to something like a “business package”) or shift to an ISP that does provides one. The cost of a static I.P. can be an extra $30 to $50 per month (maybe even more). Check with your Internet Service Provider. This, in my opinion, is just too much when web hosting companies offer feature-rich packages for as low as $10 per month.

Also check DynDNS.com if you want a static I.P. from a dynamic address. FYI, some ISPs would actually fine you if you host a web site on their net connection.

The need for 24/7 connectivity to the Internet

The need for Server software

According to Netcraft server statistics, Apache still is the most popular and widely used web server on the net. Apache is an open source software (read free) that can be installed on various platforms including Linux/Unix, Windows, Mac. For more details on Apache refer – What is Apache and what does it do?.

You can also have a look at a detailed list of important web servers.

Its easy to install the Apache web server. In fact, most Linux versions come with an Apache server already running or one that can be installed and configured in a few clicks.

The need configuring your computer for security and accessibility

If you plan to host a web site on your home/office you cannot leave it open to attacks by hackers. Also you need to protect important directories – ones containing files of the operating system or other programs that are critical for smooth and error-free running of the server. Your system has to be configured properly to protect against accidental or intentional misuse.

Hosting your web site on your home/office computer would be a great learning experience to all adventurous people out there. For most of us, it’s wiser and quicker to just go to a reliable hosting company and pick up a web hosting package because these companies take care of maintaining the server, the internet connection, server security and power backups. 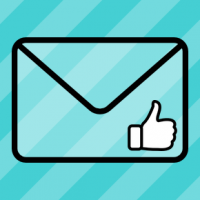 The terms "hypertext", "hypermedia" and "virtuality" were coined by Ted Nelson in the 1960s. This was way before the invention of the World Wide Web by Sir Tim Berners-Lee. Nelson, one of the great futurists of the last century, had written about the idea of a global network of computers in his books. He called his network Xanadu. Incidentally, in the reference list of original proposal for the World Wide Web, Tim Berners-Lee had put Ted Nelson's work at the top place. [more...]