November 22, 2007: Past few days Google has changed the way AdSense ads are displayed on publisher web sites – Accidental clicks fade into the background. To prevent accidental clicks the active area on the ads has been decreased and limited only to the the URL link and the ad title.

Though this will promote interested-based clicks, it’s bound to decrease Adsense click-thru rate on most web sites. But will it also affect the overall earnings in the long run? That remains to be seen. I will be keeping a close watch on my AdSense account and will provide an update in a few months once I get concrete figures.

The latest AdSense change disallows clickthru on ad backgrounds. Earlier, the entire background of all ad units was clickable; i.e. clicking on the space beside the ad in the unit would take one to the advertiser web site – check image below.

The new change restricts the click area to only the ad title and the URL which means the text description is not clickable – refer image below.

I had begun noticing this change on some pages and some ad units on muy web site. Also, when there were two ad units on a page, the change was generally applied to only one of them. But from today it appears on all ad formats and on all pages.

This change in the clickthru area was done to reduce accidental clicks and stem the growth of Made For AdSense (MFA) web sites, which Google thinks lead to a lot of unintentional mouse clicks.

Obviously, my first reaction to this change was not very pleasant – I suppose my earnings are going to fall. Also, not making the text description clickable makes me a little bitter. The description is a part of the ad, isn’t it? Why should it not lead to clickthrus? For instance, the entire area of an image ad is clickable, so why remove the text description from being a link?

However, a few quiet minutes of “deeper” assessment on this latest change brought in these thoughts.

FYI, Google had implemented the same change in clickable area on the Adwords program in April 2007; for details read, Two changes to how top ads are displayed. However, these ads have a larger font size for the title and the URL than the ones on some AdSense formats.

A lot has happened in the past 19 months since the change in clickable area and the “predicted” decrease in Adsense click-through rate (CTR). On this web site, for example, I stopped the little “ad-blending” I used to do because there was no point in continuing with it. Obviously, this affected the overall clickthru rate and the renevue. Earnings were down… and I mean really down. But I have finally been able to generate much more from AdSense… it’s now more than double the previous figure.

The initial drastic decrease in AdSense CTR gradually plateaued and then began to rise again. However, some sections took a major beating and haven’t been able to recover.

So what is the take home message? A few pages responded well to the AdSense change, while others were negatively affected. Keep building original and valuable content for your web site!

Thwarting accidental clicks by decreasing the clickable area has yielded great benefits for this site. The eCPM is now at an all-time high. This means advertisers are getting ‘more for their dollar’. Since the clicks were a result of genuine interest, the ad prices on this site have probably increased resulting in the higher eCPM. 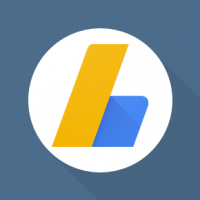 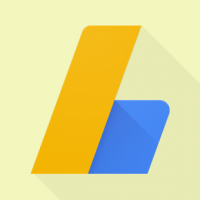 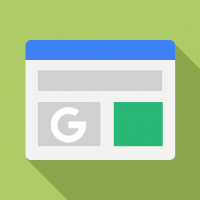 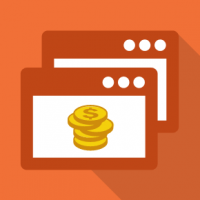 IMDb.com started on Usenet as the "rec.arts.movies movie database" which consisted of four lists - Actors, Actresses, Directors and Dead Actors/Actresses - and unix shell scripts for searching those lists. [more...]