This is not a list of the most expensive domain names – that’s different. This one contains domains you never thought were worth so much money. Most of these aren’t even generic words, which one can correctly assume would be much sought after. But sought after they were. The reasons of these domain names being costly are varied and, well, weird.

The original registrants of these domain names were, in my opinion, really lucky. And most of them wouldn’t have known that in the not-so-distant future, their small purchase would yield backloads of money. Sometimes I wish I had a time machine and could go back…
Enjoy reading these stories and let me know what you think.

In 2010, Facebook bought FB.com from the American Farm Bureau Federation for $8.5 million.
Why and for what? The social network giant dished out this huge amount to enhance their brand because users worldwide were referring them as FB. That’s all fine! The company was just trying to enhance its brand. The unbelievable thing is that, at the time of writing, the domain name is used primarily for email addresses of employees!

Joel Friedman, a Jewish American, registered Israel.com in 1994 with the sole purpose of protecting it from being misused. That seemed like a great intention, right? He sold it to an anonymous buyer in 2008 for $5.8 million.

This makes Israel.com the most expensive country name domain ever followed by Korea.com which was sold for $5 million in 2004.

And since we are talking about the countries, here is another fact about Israel. It was one of the first countries (along with the US and the U.K.) to get a country code TLD – .il.

Tom Mayer booked the domain name which he probably planned to use for a personal web site, or maybe sell it to another “Tom” later. Little did he know that a Hong Kong based company would contact him in a few years. In 1999, they purchased the domain name from Mr. Mayer for $2.5 million. That was a whole lot of money those days.

I don’t consider this a generic domain name. Maybe it’s just my opinion but I don’t think it was worth $30.2 million. Nations Luxury Transportation bought PrivateJet.com in 2012 in order to attract the uber-rich. They could have spent money on… Well, who am I to advice them?

The story of VacationRentals.com is all about covetousness and competition. It is the longest and the most expensive domain name on this list.

HomeAway bought the domain name for $35 million. Why? Because, as per Brian Sharples, CEO HomeAway, they didn’t want the domain to land up with Expedia.

When you consider than Branson is just a city in Missouri, US, you’ll wonder why they paid $1.6 million in 2006. A tourism-themed web site is now running on branson.com.

Qihoo is a Chinese telecom company. They already owned 360.cn. With the intention of going global, the company purchased 360.com from Vodafone for $17 million.

As per a law passed in 1994, the name, initials, logo and related symbols of the Treasury and Internal Revenue Service cannot be used by any entity to solicit business. But that didn’t stop Intersearch from purchasing IRS.com for $12.5 million. Their argument – the act does not hold good for domain names.

Banks.com Inc, run the present web site on which they explicitly state that they are “no way associated with or endorsed by” the IRS. By the way, as per the law, a disclaimer is no defence against civil or criminal action.

This wasn’t a very expensive sale when compared to the other domain names on this list – CNN paid $750,000 for it in 2008.
Rick Schwartz, the seller, had bought the domain name in the late 90s for only $100. Mr. Schwartz is a domainer and has made millions in the domain name business.

However, what surprises me is that CNN, an international media giant, could have picked up any domain name. After all, when you already have a strong advertising platform in the form of a TV channel, do you really need to get your hands on a particular domain name? If Jeff Bezos could build an online bookstore on Amazon.com, couldn’t CNN have spent that money on something else? Was iReport.com really worth all that money?

It’s a misspell of the word “loan”, if you haven’t figured it out by now. Apparently, there are a lot of people who enter an incorrect spelling of a domain name. I suppose, the idea behind it is – if you are stupid enough to enter a wrong spelling, you would be stupid to buy a loan at high rates!

By the way, a related domain name Loans.com has an interesting story. Marcelo Siero had got it for free in 1994. He later sold it to Bank of America for $3 million.

As I mentioned at the beginning, one can understand generic domain names being worth loads of money. A fair number of people type in a generic word followed by a “.com” in the browser. For example, just the domain name CarInsurance.com gets 200,000 visitors each month, as per Compete, an online research company.

Another example is Hotels.com which was purchased in 2001 for $11 million and now sells hotel bookings online. As per David Roche, President of Hotels.com Worldwide, the price may have seemed like “a crazy sum of money… Now we look back we look back and think, what a bargain”.

It also makes sense to buy a domain at a premium if you’re launching a product of that name, as in case of iCloud.com which Apple bought for $4.5 million from Xcerion, a Swedish company.

But, and I’m sure you’ll agree with me, prices of a lot of the domain names in the list above are simply not justified. Let me know what you think via the comments section below. And if you want to know how to earn money from domain names, check out my tips and advice. I’ve made a pretty penny! 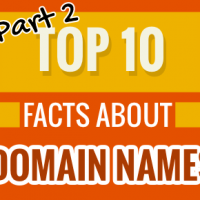 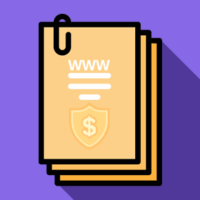